In the final leg of our 8-day road trip of Tierra del Fuego, we return to Punta Arenas from Lago Fagnano, but before that we need to explore Porvenir. It’s time to head back north! If you haven’t already, read part 4 of this series.

After one of the most memorable experiences exploring the south of Tierra del Fuego, it was time to start our return to the north and to the continent. Strong winds and rain, normal for the region, made us nervous about the road conditions back through the mountains. We decided to take advantage of a good weather window to drive north before conditions changed again. Despite our reservations, the road was actually in good shape. But new worries arose as we watched the fuel gauge on our van dip closer and closer to empty. Hopefully Russfin would have diesel this time, so we can make it back to Porvenir.

We made a brief stop in Pampa Guanaco to let the police know we had made it back. Then we continued on to Russfin with fingers crossed. After a couple minutes they confirmed - YES they have diesel! What a huge relief. We filled our tanks and kept moving north. 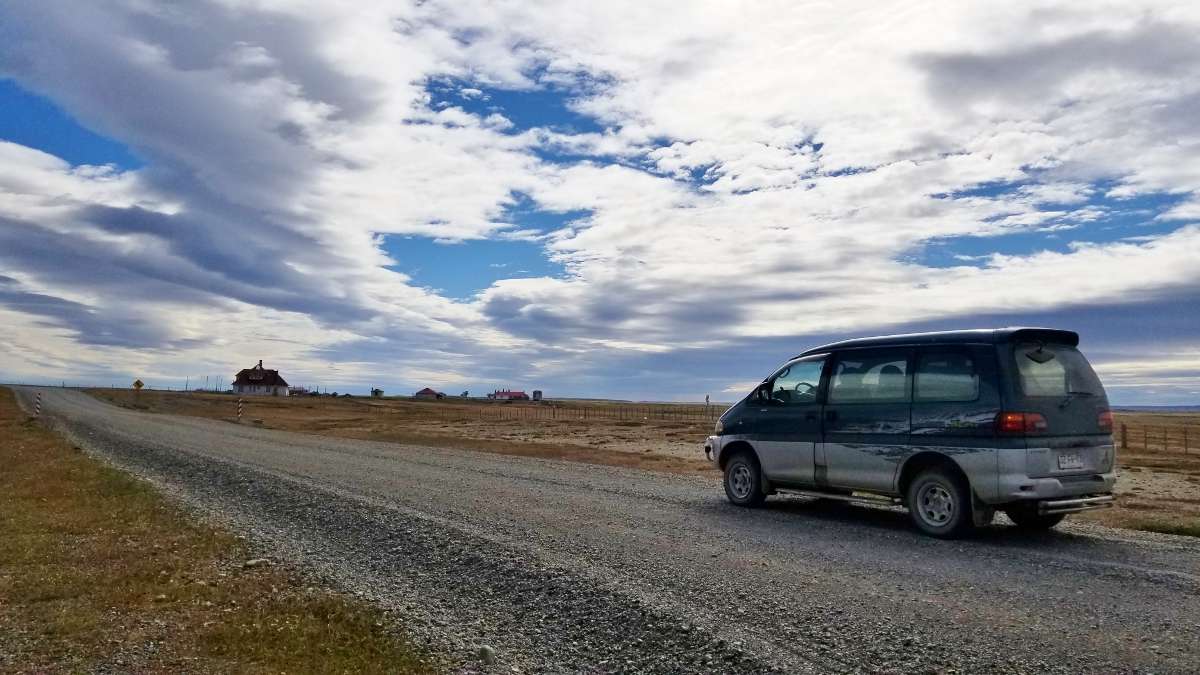 The route to Porvenir 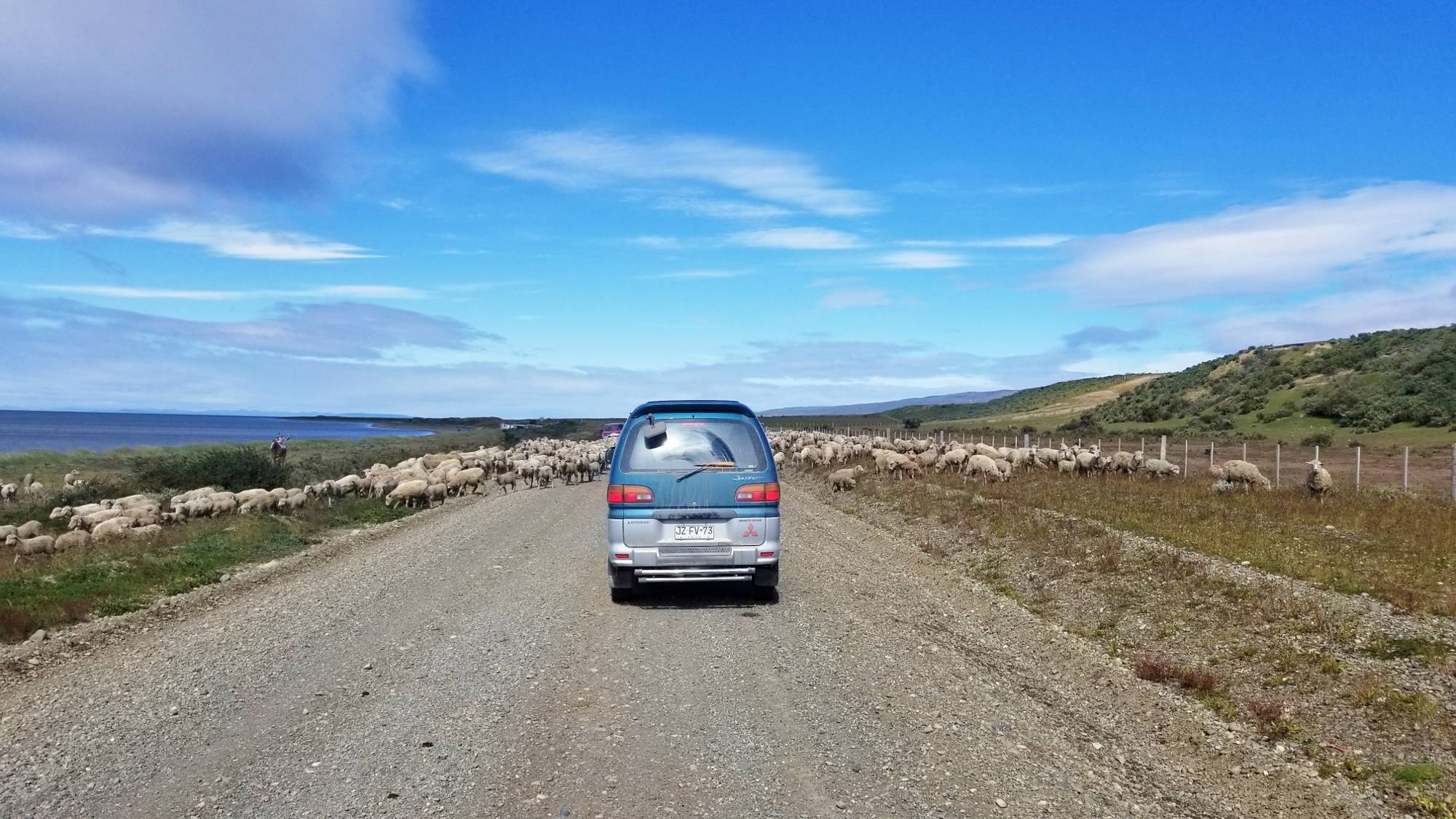 At Onaisin we said goodbye to our beloved Y-85 to take the coastal Y-71 to Porvenir. There was a bit of traffic en route - a herd of sheep. The ranchers were using the main road to move their sheep from one field to another, pretty normal for the region.

Tip: By far during our trip route Y-71 was the most complicated to drive. Y-71 is a windy dirt road that hugs the northern coast of Bahía Inútil. At times the road is very narrow and has lots of potholes.

Porvenir is the largest town on the Chilean side of Tierra del Fuego, and the capital of the province. It was founded in 1894 during a gold rush. In 2002 the population of Porvenir was 5927 inhabitants.

The town is known for its old houses and architecture, which you can appreciate from the coast. During our short stay we stopped at the Fernando Cordero Museum to see art and artefacts from the indigenous Selk’nam people, the native hunter-gatherers of Tierra del Fuego.

We had a tough time finding a last minute place to stay in Porvenir since there aren’t a ton of options to begin with. But we did stumble upon an excellent place for a coffee (and one of the only ones on the Chilean side of the island) - Café Sabores del Fuego.

Tip: Keep in mind that the town functions on a distinct schedule, some shops close at lunch and open later in the day.

As we mentioned in our first post of this series, there are 2 ways to travel by sea between Tierra del Fuego and the continent. On our return we decided to take the ferry from Porvenir (Bahía Chilota) to Punta Arenas.

Tip: To cross from Porvenir to Punta Arenas, usually you need to reserve a spot on the ferry in advanced (for vehicles). But you can ask the agency that day if there is space. One ferry leaves per day. The terminal is in Bahía Chilota, 5km from Porvenir. Cash only. For more information about prices and timetables see Transbordadora Austral Boom. Ferry crossings may be cancelled due to strong winds.